Spent a few days in Barcelona (10th -15th February ‘13). Attended a conference, but as is usual, one learns more from one’s travels.

If you were to run into me on the 8th of February, you would have  encountered a grumpy and highly irritable individual; one frantically searching for a way to get to Barcelona. A snowstorm had put paid to my chances of reaching Barcelona in time for my presentation; 3000 flights were cancelled on that day.

For me, it wasn’t about the conference or even about the chance of being able to spend a few days in a beautiful country, it was more about being able to meet two buddies of mine, Jesse and David after almost a year. Much to my relief, Delta was able to schedule me on a flight a couple of days later. Barcelona happened.

The flight was fairly uneventful and the customs and immigration check at Barcelona was painless. I was a little apprehensive about the immigration check, perhaps it had to do with the fact that my Spanish visa had my surname printed incorrectly. Can’t blame them though, almost 50% (7 out of 15 letters) of my name is comprised of vowels, and they got one wrong.

The weather was kind and I took the airport shuttle (for 6 Euros) to Plaza de Catalunya, from where the tube would take me to my hostel.

Travel tip: The underground network in Barcelona is a great way to navigate through the city. For example, it’d take you within walking distance of the most famous of Gaudi’s creations.

The hostel, called twentytú (22) was a 5 minute walk from the conference venue. It was also remarkably cheap (20 Euros a night) for a shared room that was clean, had lockable cabinets to safely store belongings, had in-room washrooms and decently fast internet. Lest I forget, it also had complimentary breakfast, and it was a good breakfast (fruits, coffee, cereal, toast etc. See photo above)!

Travel tip: Barcelona (and Spain in general) apparently has a pick-pocket problem, doesn’t hurt to be extra careful.

The conference I was at is called the Tangible, Embedded and Embodied Interactions (TEI’ 13). TEI is not a large conference, and was held in Kingston, Ontario the previous year; I was able to help a little bit with organizing it. It’s no surprise then, that I feel fairly close to the conference and its community. TEI also has the largest proportion of artistic submissions compared to other ACM HCI conferences. Being fairly artistically challenged, I find it to be quite inspiring.

Here are a couple of exhibits from the conference:

A dynamic musical exhibit that produces sounds from nature (streams, animal and insect sounds). Dynamic because those dangling microphones that you see are actuated, they swing around and that results in really interesting feedback, the animal skulls and the fish had actuated jaws as well. I highly encourage you to check out their other installations.

The fairly whimsical knitting needles that were networked (so your knitting partner ?!?! can see what you’ve been upto?)

Then there was this:

The only give is the wire that you see snaking around the body of the meatgrinder. Turning the handle results in sounds that could range from animals, to children being fed through the the grinder, the pitch of the sound changed based on the rate at which one turns the handle. Mildly disturbing, but I think the artist was trying to see how far people can go before they became really uncomfortable. An interesting social experiment, because I saw some people turning the handle a little bit and jumping away, while some turned it as if there was nothing the matter with the world.

Since you’ll find the conference proceedings on ACM’s digital library, the rest of the post is about the sights I saw.

About a twenty minute walk from the conference centre is one of Antonin Gaudi’s most famous creations, la Sagrada Família. The sheer scale of this church is hard to convey with pictures, let alone words. Maybe the fact that its construction started in 1882 and other than a break during the Spanish Civil War in the 30s has continued to this date (with a projected completion date of 2026!) should offer a clue.

Jesse and I went back to this place twice, and it took us a total sightseeing  time of about four hours to take it all in and I am not even sure we actually saw everything.

Note the difference in the colour of the stone? A hundred year construction cycle will do that.

Zooming in on the walls, one is amazed by the intricacy of the design and the craftsmanship. Gaudi was apparently part of the Modernista movement in the late 19th to 20th century, but developed his own style that was highly inspired by organic shapes and nature.

The church had a lovely walkway close to it, where one could sit down and enjoy a cool drink while staring at Gaudi’s masterpiece.

It is also worth mentioning that Spain has delicious food, and while Tapas (snacks/finger food!) is becoming quite popular throughout the world, things like the traditional seafood paella can be absolutely delightful. Even thinking about it makes my mouth water.

There was a lot packed into the last day in Barcelona for me. A second visit to the Sagrada Família, followed by a visit to Park Güell, and finally Casa Batlló. I’ll save you the trouble of looking up the links and tell you that all of them are Gaudi’s works. One a park (!) and the other a castle (nope, just a house, but quite distinctive as you shall see).

If you though the Sagrada Familía was okay from the outside, the inside would blow your mind.

The pillars on the inside are supposed to be like tree trunks, and when one looks upwards, the facets on the roof intersect in a way that makes it seem like one is standing under a forest canopy. That Gaudi was indeed inspired by nature is quite clear, isn’t it? He even tried to match it in its scale.

More photos of the inside of Sagrada Familía

After the Sagrada Familia, David joined Jesse and me to visit Park Güell. Getting to Park Güell involved a half hour subway ride followed by a lovely walk up a hill through narrow winding streets.

On the way back from Park Güell, we were on the lookout for a small dive/bar where we could grab a quick beer, but it was early afternoon and most shops seemed to be closed. I guess it was siesta time.

Next up, Casa Batlló. We did not go inside, but it did look quite interesting and “skeletal” from the outside. Skeletal, because the building is also known as the House of Bones because of its organic and bone like protrusions.

Like I said earlier, this visit was mostly about meeting old friends, and wherever old friends meet, there usually is a story.

On the way back from Park Güell, once we hit the city centre, we bought a few cans of beer. David had recently been in Madrid and apparently drinking beer in public was perfectly okay. It helped that beer was quite cheap and that it was an absolutely gorgeous evening. The sun was just warm enough to encourage one to have a cold drink, and made lounging outside a very attractive proposition. This is us enjoying a drink (The three amigos?):

Well at least until we were busted by the police for drinking in public. A few apologies in broken Spanish by David, some questions about whether we knew what we were doing, and three full and three half-empty beer cans in the garbage bin later, we were on our way; thankfully with nothing more than a hint of embarrassment along for the ride. 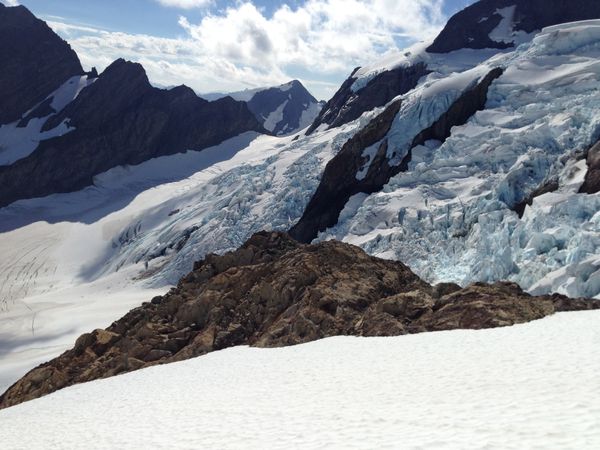 Climbing Mt. Olympus, August ‘13. The approach to the mountain is through a beautiful rainforest. On summit day, we had an early enough start that we were able to catch 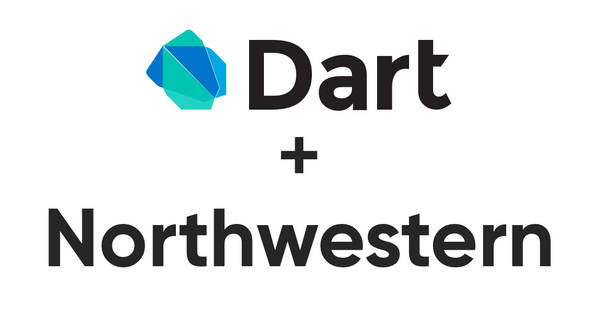 I got an opportunity to teach an undergraduate course with my research advisor (Mike Horn) during the winter quarter (Jan. 7th to Mar. 16th, 2013) at Northwestern University. This post