When I started working at the TIDAL Lab in 2012, a project that investigated family practices around appliances and household energy usage was already in place (NSF grant). Over the next couple of years, we developed two "board games" to investigate if a thoughtfully designed board game can make family members better informed about their energy footprint, and perhaps even nudge them gently towards more eco-conscious behavior.

While both these games did have a physical game board, and common board game elements such as dice, currency etc. ,  they had a crucial interactive technology component in the form of an iPad app that hooked into home energy infrastructure (e.g. via HomeKit and via a custom built whole home energy monitor). Hence my use of "board game", under quotes.

The first of these two games was called Turn Up the Heat (renamed from the more generic Seasons that you see in the image gallery above). With Turn Up the Heat, our focus was on household heating and cooling systems, a system that is particular misunderstood in turns of its duty cycle, and is also a system with fairly opaque controls (e.g. generic thermostats use buttons or dials to set a temperature, but they rarely give feedback about energy use).

Here's an excerpt from one of the papers we published about Turn Up the Heat:

Turn Up the Heat is a cooperative board game that encourages reflection on tradeoffs related to money, comfort, and environmental sustainability. The game playfully confronts power dynamics associated with the use of residential thermostats to control heating and cooling systems. In doing so, it addresses common misconceptions about how thermostats work and how they can be used to save energy and money. Our game incorporates a tablet computer app to simulate a household heating and cooling system. It also gives all players (parents and children alike) the opportunity to adjust a thermostat on their turn. In this paper we provide an overview of our design and a brief summary of results from our playtesting session. Our findings highlight the interplay between, children, adolescents, and adults, and the ways in which families drew parallels between the game and their real-world circumstances.

The second game we developed was called Energy Monsters. With this board game we widened the scope from HVAC related energy usage, to involve just about every appliance in a home (and seeking out hidden forms of energy consumption). We did this by making a custom sensor that sent energy use data to our iPad app by hooking into the home's energy meter.

The change in energy usage due to turning on/off any appliance was sent to the iPad in real-time, and it affected the game parameters.

Here's an excerpt from one of the papers we published about Energy Monsters:

Invasion of the Energy Monsters is a cooperative tabletop game for 2­4 players ages 6 and up. In the game, four energy monsters, each personifying a different form of waste, attack your home. Bonehead is a mindless energy zombie who’s always forgetting to turn off lights and appliances. Wattwolf loves poor insulation and old, inefficient appliances. Phantom represents all of the energy consumption we can’t see and never think about (standby electronics, water heaters, and computers that never sleep). Ampire has a knack for doing things inefficiently, like running a half­empty dishwasher on heated-­dry mode.

...players will start the game with an E​nergy Blitz in which they run around their house turning on as many lights and appliances as they can. This will immediately be reflected on a digital power meter. As the game progresses, heroes will be able to play special cards allowing them to turn off real appliances and devices in their house, thus weakening the monsters.

Here's a video of Energy Monsters with some more details: 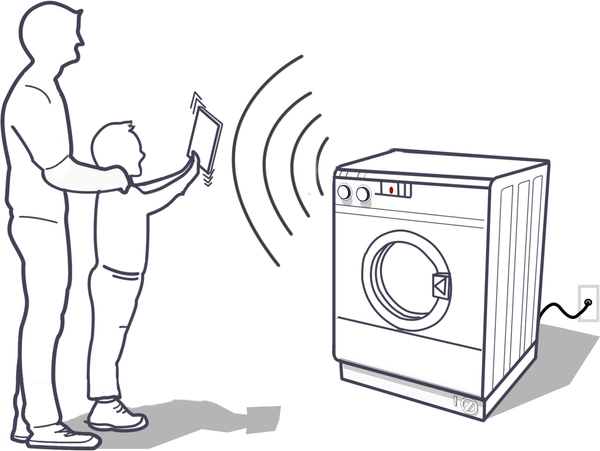 GhostHunter started as an offshoot of the GreenHomeGames NSF grant, where we were exploring ways to augment traditional heating and cooling systems controls (such as the thermostats) in homes to